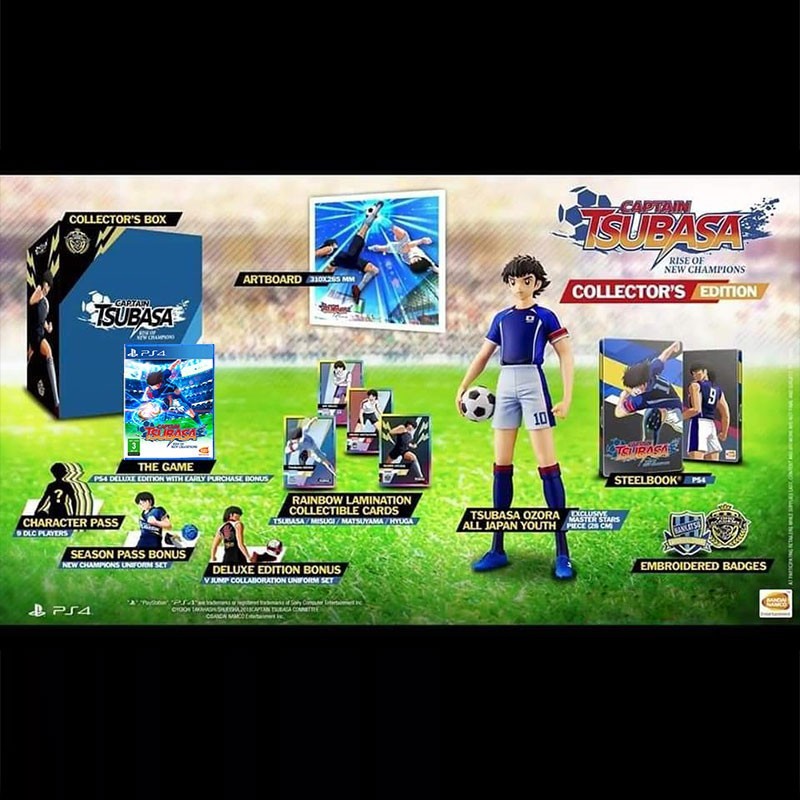 Become a rising football star with this official Collector's Edition of Captain Tsubasa: Rise of New Champions and get your hands on the exclusive figurine (28cm) of Tsubasa Ozora wearing the All Japan Youth uniform!